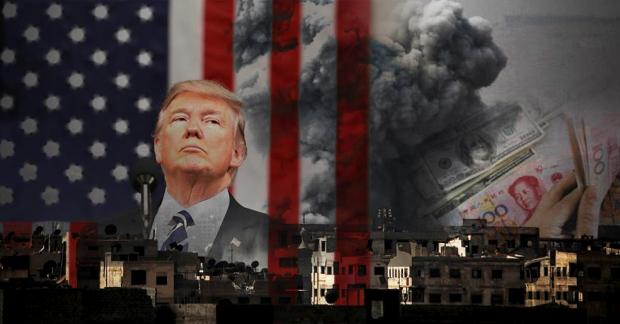 Fight imperialism and war with the international socialist revolution!
Forward to the revolutionary International!
1. The Trump Doctrine “Make America Great Again” is a Declaration of War against the European Union, Russia, China, Iran, and the rest of the world-including, finally, America itself.
This became crystal clear, even among the most skeptic, with the US President’s last trip in Europe on July 11-16, 2018, which aptly was described as “five days of diplomatic carnage”.

This entry was posted in English. Bookmark the permalink.